Darragh (or 'David Caffrey' as Aaron calls him) has previously made music videos with SYS Studios in Swan Youth Service. As a member of RECKLESS Arts, he has written his first short film, The Crying War, which he also directed.

The Crying War is a short drama following the story of Jordan, a young dealer who gets caught up in a tragic cycle of revenge. 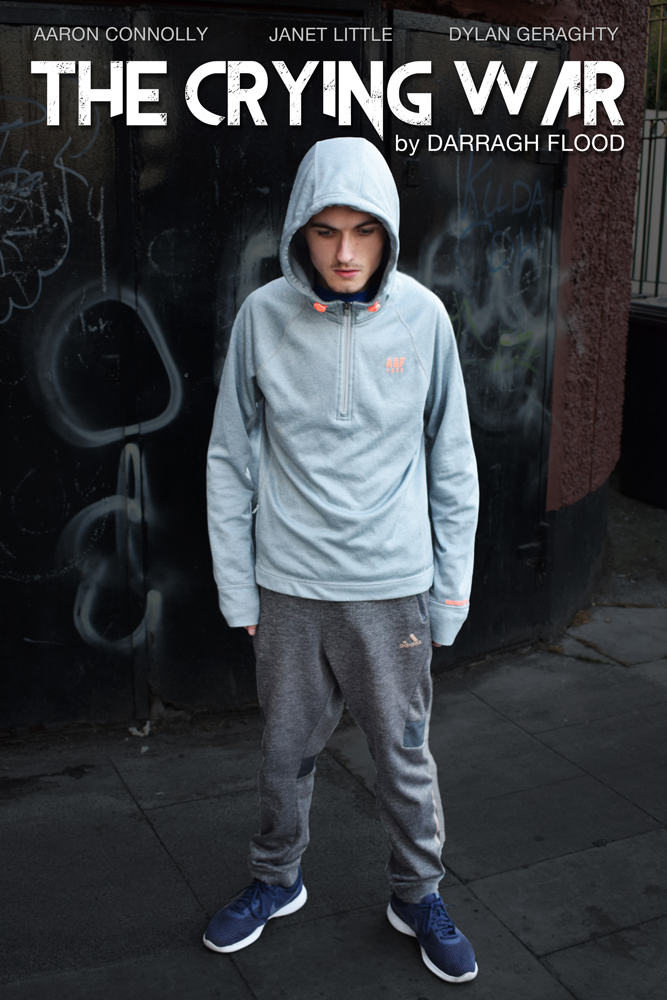 Before coming up with The Crying War, Darragh experimented with some starting ideas:

The ideas grew over weeks and '(only joined the drug game to support his family)' became the main idea for his film.

Darragh: So basically, your name’s Jordan.

Darragh: In the less 10%, so like you weren’t rich, you didn’t get, you grew up in like a poverty house. And…

Aaron: So I’m a posh gangster am I?

Darragh: No, you’re a poor gangster

Darragh: Cardboard, yeh yeh yeh. And your da left you when you were 3… because he found a richer woman. And basically, yer ma has cancer, and she… she’s dying of it, so she needs money for treatment. So you resorted to sellin’ drugs, ‘cause you’re a dropout of school. ‘Cause you couldn’t cope with the stress, and yer ma couldn’t pay the bills and for school. So basically, you left school and then you resorted to drugs, which you bought your first house with. It’s not really a house, it’s more of an apartment, and it’s a small one. And you basically sell drugs for a livin’…. Which is really bad but…. But your ma doesn’t like you sellin’ drugs. She knows that you’re doin’ it, but she thinks you’re like working in a proper job… Realistically she knows…. until you get arrested. And that’s when shit kicks in like… you’re fucked.

Aaron: I know I'm a scumbag in it, but I wanna look well

Darragh: But you're not really a scumbag if you're lookin' after your family are ye'.

View stills by Gaurav and Tamzin: