Gaurav has been writing short stories and poems for years, and through the RECKLESS Arts programme, has written and directed his first short film, Escape.

Gaurav: They come home after making a deal with the organizer and shut the door quietly behind them. They glance over to the living room, see the mother there, drunk, smoking and then in order to avoid their parent, quietly tip-toe upstairs to their room, where they start writing the piece. For them to escape the harsh reality for a split second or a moment… is quite difficult to do. So I want to represent that through writing they escape the harsh reality.

Shireen: So we’ll see them writing… I wonder how we’ll get that across – that it is an escape. Does something change about them?

Gaurav: After they finish writing a piece, or something… I want to show that they have relief. That they don’t have as much of a burden as they did before

Shireen: So its in their body language? They go from that tension…

Gaurav: To a more relaxed….

Shireen: Ok great. And then?

Gaurav: Then, a few days have gone by… I want to show that after a few days, they finish writing the piece and they’re gonna perform at the event.

Cut to the scene where they are on stage. Which is gonna show a pitch dark room, with a mic stand and a mic at the centre. And then like a spotlight shining from an angle at the set – at the centre where the mic is.

Shireen: So they’re not there yet?

Gaurav: They’re not there yet.

Shireen: So it’s lit, mic and mic stand, with nobody on the stage yet and they enter.

Gaurav: Yeh, slowly walk towards the mic. Then there’s that moment where they don’t say anything, take a deep breath then wait a few seconds before they start the piece.

Shireen: … so the title. What were you saying? Darken...?

Gaurav: So during the film there's a journal that the character carries around, which is basically their safety, and their emotions are all packed into that one thing. At the end of the story, I'm gonna have the journal being left alone, and have the character walk away from it, which signifies either taking their life, or it has been resolved. 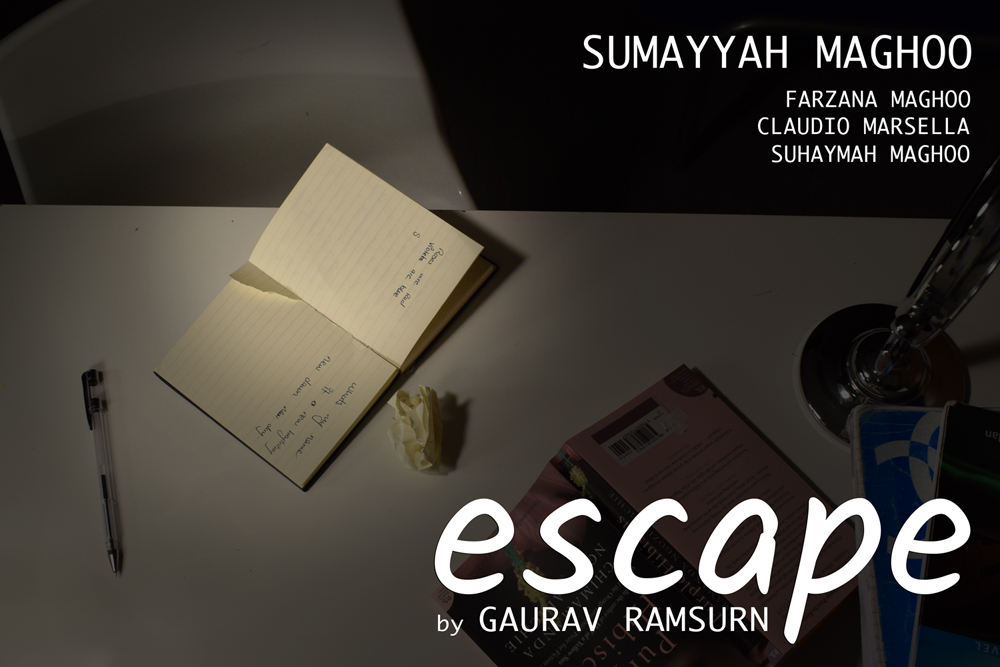 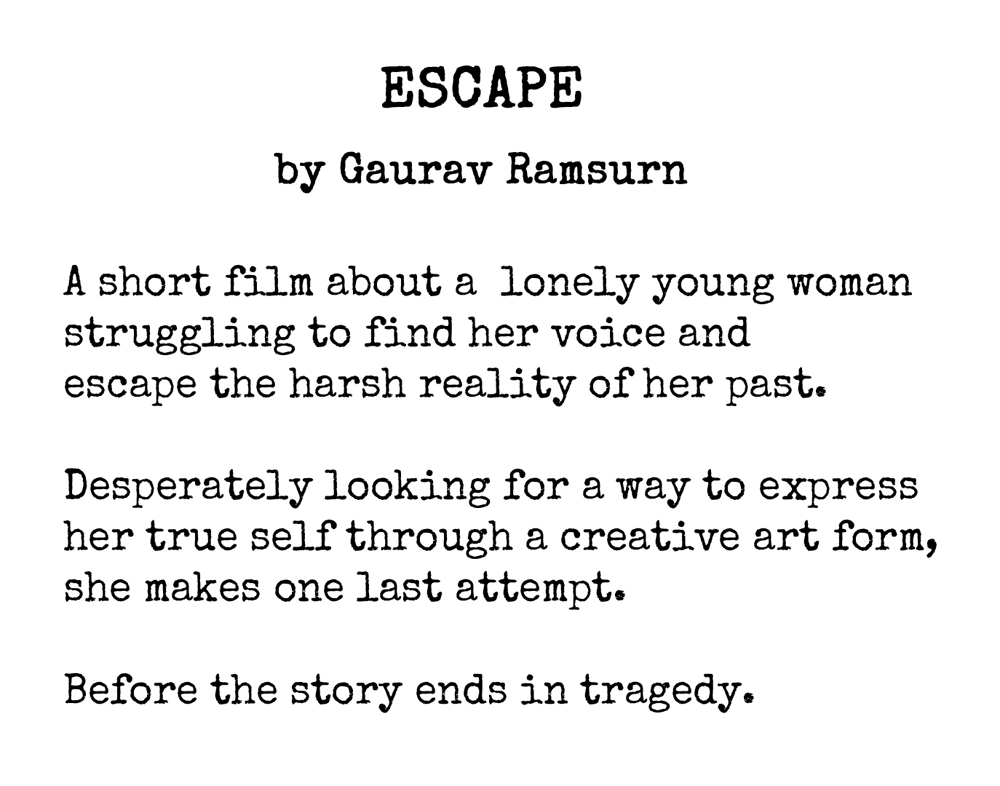